Just added to your cart

More head-up displays are coming to a dashboard near you

HUDs are in more new cars, and they're about to get more sophisticated 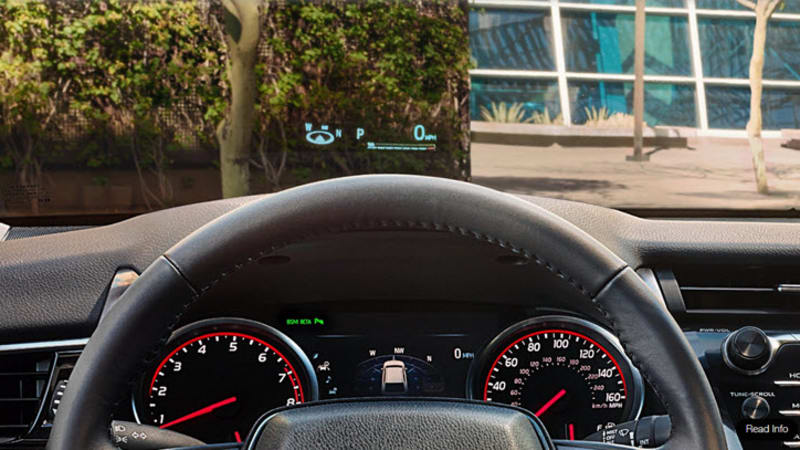 With the exception of Apple products — $1,000 for a freakin' smartphone? — one great thing about tech is you typically get more for your money with each passing year. This is particularly true with automotive tech: Features like driver assists and surround-view cameras that were once exclusively available in luxury vehicles now come standard even on some economy cars.

The same thing is slowly happening with head-up displays (HUD). For example, the 10-inch HUD in the 2018 Toyota Camry isone of the largest and best HUDs I've seen in any car. And a big improvement on the much smaller HUD in the latest Toyota Prius.

Mazda is another mainstream brand that offers HUDs in several of its vehicles. But instead of embedding expensive components in the dash and using a special windshield, the HUDs in the Mazda3 and Mazda6 use a thin plastic lens that folds down when not in use. MINI has a similar solution, but this low-cost approach has limits in terms of size and position of the images compared to traditional HUDs that use the windshield as a screen.

We're also starting to see similar lens-based aftermarket options that can be added to any car. Last year I tested a portable HUD called Navdy that taps into a car's OBD-II port to provide info on speed and RPM and uses built-in GPS and Google Maps to show the surrounding area, display speed limits and route you to your destination. 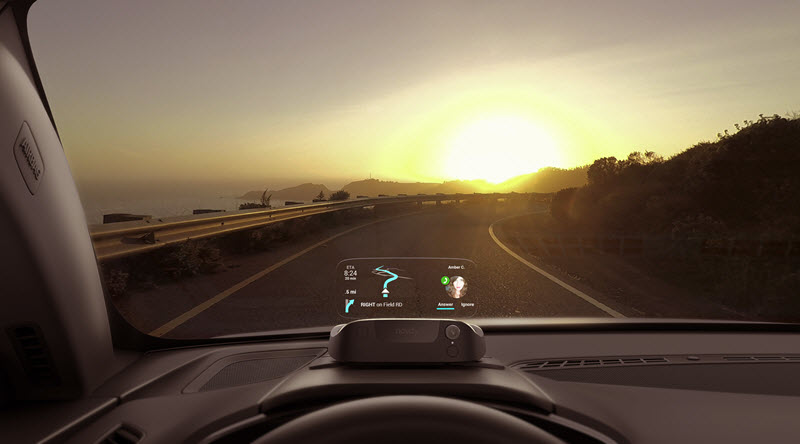 Navdy also connects to an Android or iOS smartphone via Bluetooth to display data from phone calls, texts and music playing on a connected device, and it's simple to use and easily visible in almost any lighting condition. While Navdy is still available online, late last year the company ran into financial difficulties, and product support has been halted.

I recently tested a new portable HUD called Hudly that's not quite fully baked and falls short of Navdy because it doesn't tap into an OBD-II port. Since a companion smartphone app for Hudly isn't scheduled to launch until next month, for now it only mirrors what's on a smartphone. So it can be used for nav and other apps, and its features are very limited.

Between automakers adding HUDs in more reasonably priced cars and the aftermarket filling in the gaps for existing vehicle owners with add-ons, the technology is becoming more prevalent and affordable. And it's also getting better.

A few years ago I tested a prototype HUD from tier-one supplier Continental that uses augmented reality (AR) to add an extra layer of dynamic information in a driver's line of sight. For example, when approaching a turn with a destination set by the navigation system, instead of a static arrow pointing the way, Conti's AR HUD overlays a colored pathway on the road to guide the driver through the maneuver, which is especially helpful when negotiating complicated intersections on an unfamiliar road.

The AR HUD also improves driver assist systems by providing distinct alerts. Coupled with lane departure warning, it projected a line of virtual raised markers onto the road's painted lane lines, while the test vehicle's vibrating-seat warning feature made it feel as if the tires were running over real Botts Dots when it veered off course and over the virtual markers.

The 2017 Lincoln Continental (appropriately enough) and the 2018 Lincoln Navigator use a digital micromirror device (DMD) technology that Continental (the supplier) calls "a bridge between head-up displays and augmented reality solutions" to provide brighter and sharper images than conventional HUDs and a larger display area so that more info can be shown. Conti says that it plans to have the full AR HUD that I tested in production by 2023. 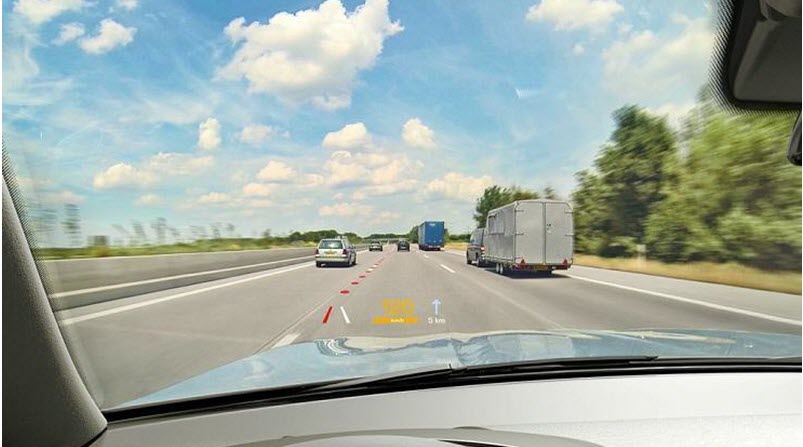 HUD technology isn't new; it first appeared in an Oldsmobile Cutlass Supreme in 1988. We've been waiting 30 years for HUDs to be available in a wider variety of vehicles, and it seems we're on the verge of the technology finally going mainstream.

And now that cars — and drivers — are becoming saturated with tech, it can't come soon enough.